In November 2013 test experiments with accelerated 50Ti and the 164Dy and 208Pb targets the evaporation residue transmission efficiency and scattered Ti beam suppression factors were studied. 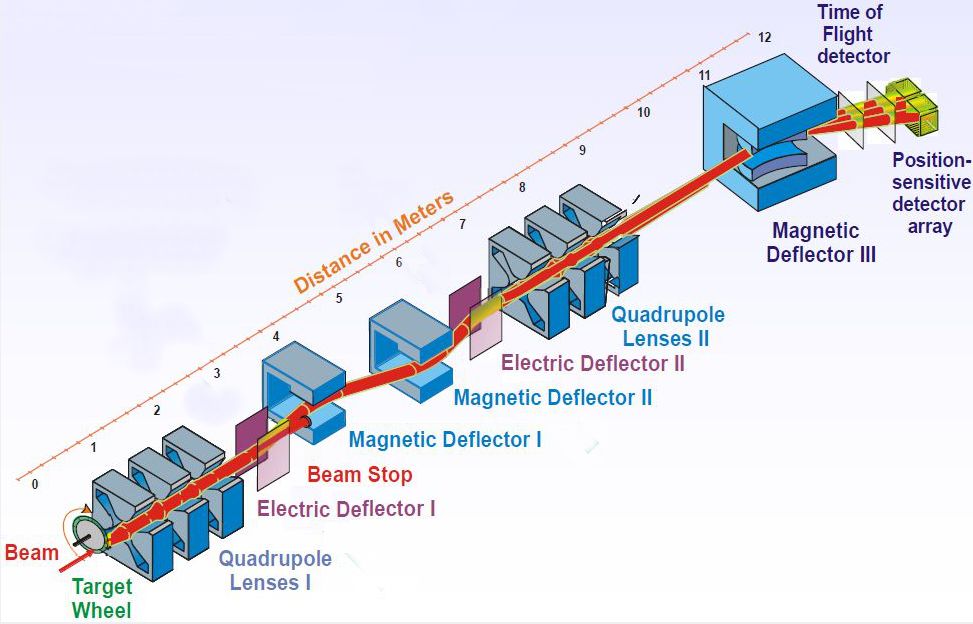 Schematic view of the SHELS separator.

In May 2015 a commissioning experiment with the large area implantation detector was performed to re-measure SHELS transmission in 22Ne beam asymmetric reactions. It was concluded that the electrostatic dipole plates should be modified to achieve better transmission.

In January 2016 48Ca beam experiments the study of SHELS different optical regimes was continued and the efficiency of the new CLODETTE clover detector was tested.

In spring and autumn 2016 the first experiment with the full new GABRIELA detection system was performed. 257Db nuclei were produced with a metallic Bi target and an intense 50Ti beam at 3 different energies.

In May 2017 50Ti beam was used to produce excited nuclei of 255Rf with a 207Pb target. The experiment will be continued in the autumn with a longer ToF distance, a BGO marker instead of VETO and a more intense 50Ti beam.

Any questions or Information
emailto@address